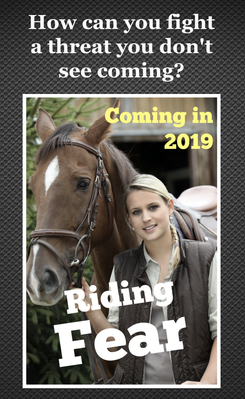 A romantic suspense story with grit.
​
She left her wealthy family behind for a rural life, but the sins of her father have followed her. What if the real threat is lurking inside her own home? 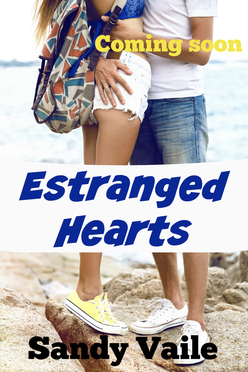 Anne and Ethan are teenage sweethearts who broke one another’s hearts 6 years ago. He dealt with it by fleeing overseas, whereas she has diligently avoided any change or upheaval in her life ever since.

Now Ethan is back, and spending two weeks together is proving more difficult than they'd imagined. during their annual group holiday. All of the old feelings are still there, and not just the betrayal and humiliation, but the desire and admiration.

Anne is on a mission to resuscitate her stalled life, and she has a list of things to get done. No strings holiday sex with Ethan isn't on the list, although learning how to satisfy a man in bed is. So she figures, why not enjoy some no-strings sex education with someone who cares about her, and scratch an itch that has remained unsatisfied for 6 years.

What could possibly go wrong?

Raichel and Daish are 26 y.o. virgins who have admired one another from afar for years.

Raich hasn’t found a man who meets all of her criteria yet, and she’s starting to think she never will. Daish has always been vocal about saving himself for marriage, but when he gets tipsy and kisses the woman he's been ogling for years, waiting for the right one might just fly out the window.

Raichel's sister, Hallie, was raped as a teenager, and has sworn off men. But she feels left out now that her friends are all pairing off.

When Hallie confesses her loneliness, Jillian suggests she might be gay and offers herself for a trial. It’s the catalyst for a journey of self-discovery that leads Hallie to experiment with her sexuality, consider what she really wants, and find the love that is right for her.

Sasha has low self-esteem, because her last boyfriend was a selfish lover who blamed her frigidity for never giving her an orgasm, and dumped her for a good time.

When the debonair Oliver uses his French charm on her, Sasha she's convinced he's out of her league. But when he finally convinces her to give him a chance, he shows her that the right man will never leave her wanting again. Unfortunately, if something is too good to be true, it usually is, and finding out what Oliver does for a living will send Sasha running for the hills.

Will believes himself to be a ladies’ man who can bed any woman, so when haughty intellectual, Katherine, gives him the cold shoulder, he takes it as a personal holiday goal to bed her.

What he doesn’t expect is that she’ll be more than a match for him, and end up bringing him to his knees and ruining him for any other woman.

The friends all celebrate their thirtieth birthdays with a big beach party.

Jillian and Grant have always been forthright about their open relationship, and most of their friends have been jealous of them at one time or another. What they failed to tell their friends was that there are also pitfalls, and they are currently at the bottom of the pit. Jillian has agreed to wait until the end of the holiday to announce their divorce, so they won’t spoil everyone else's fun.

They don’t realise that the tension between them is clear to everyone, and all of the friends they helped to find love, will turn the tables to remind Jillian and Grant what they mean to one another. It’s a journey of rediscovery.